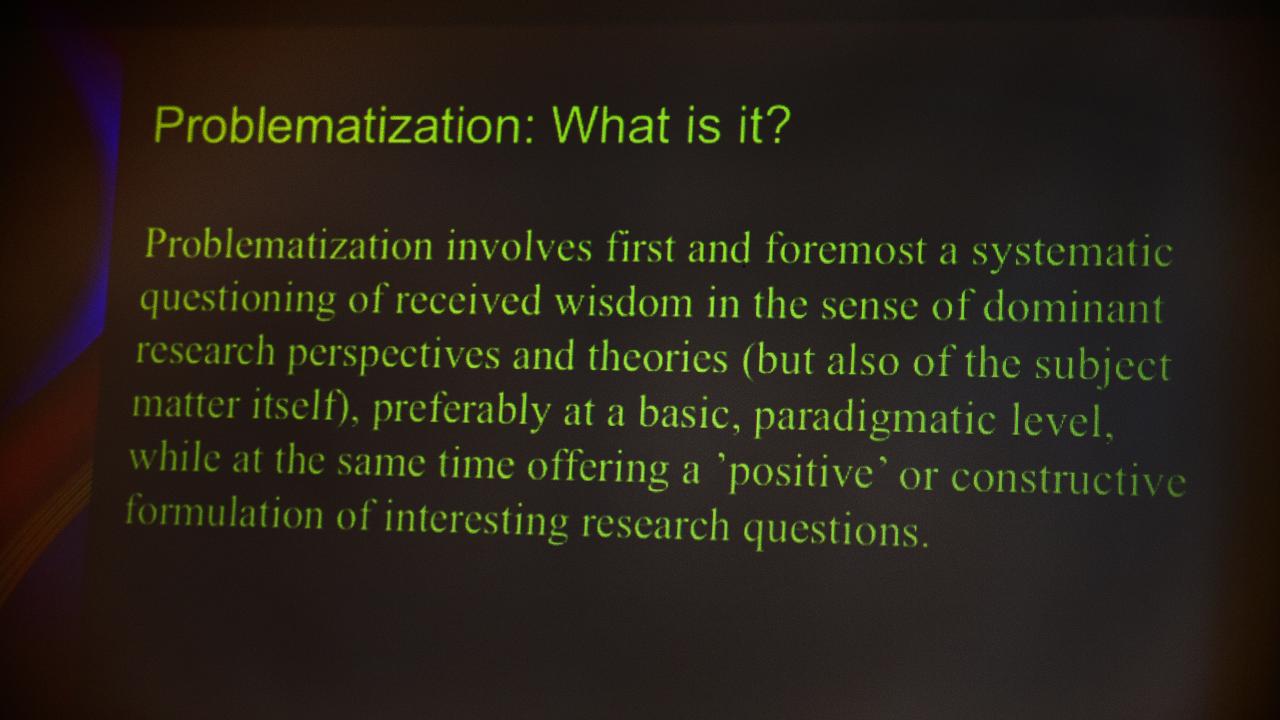 Mass education, status seeking and extensive consumption are a few phenomena that characterize the society of our time. But this is a behavior that assuages for the moment and does not provide any long-term satisfaction. Instead, it can be a partial explanation for why many people feel bad, according to Professor Mats Alvesson.

Research field:
Mainly about organization and leadership in business, brand development and the concept of grandiosity.

Mats Alvesson is a Professor of Business Administration and a Doctor of Psychology at Lund University and in his research works based on different notions of education, working life and consumption.

A central concept in Alvesson’s research is grandiosity. It is a matter of a widespread desire to present existence in a beautified form. For example, new titles are created and professions gain professional status qualification or new authorization, without a corresponding development of better and renewed knowledge for that matter.

“One wants to raise one’s status and image is in focus. Phenomena are renamed so that they sound more fancy and elegant, but it largely is a matter of space. This social development is something that I have the opportunity to study more systematically, including the matter of what it entails for managers, thanks to the appointment as a Wallenberg Scholar.”

Thanks to the grant, I can act more long-term, have an outlet for creative elements in the research and test new hypotheses that I would not have otherwise had the opportunity for.

The outside more important than the contents

The grandiosity is expressed in different ways, through a number of “display window activities”, as Alvesson calls it. It can be through social media, such as Facebook and Twitter, where one carefully chooses and presents certain parts of one’s life and seeks affirmation by being seen by others, but also in work life through title inflation, effect-seeking PowerPoint presentations and a focus on the brands and advertisements.

“But it ends up in a zero-sum game, where the more the one individual appears to be stylish and grandiose, the more the other comes in a worse light, which creates a greater hunt for status.”

There is a sliding within different parts of society where people are seen as customers to a greater extent instead of citizens. The brand becomes more important than the contents, not only in the business community, but also in politics, administration and school. Something that also consumes resources and entails major social costs, says Mats Alvesson.

“An important explanation is the development of capitalism. In our time, an excess supply has been created and it is driving forth a shift from production and core business to sales, advertising and seductive messages.”

From a political stance, there is often talk of the knowledge society and there is a call for greater expertise in various professions. University education is seen as an important future issue and a given solution to a number of different social problems. Students shall study longer and undergo more courses. But there is an overconfidence in the mass education, according to Mats Alvesson.

“You can’t put an equal sign between a large educational volume and skills development. People do not automatically become more skilled because they have received formal education. A current US study takes up the circumstance that 40 percent of university students do not become more qualified after their studies.”

Society is widely academized. Universities take in new programs to attract students, such as spa programs, meal science and computer game development, subjects that hardly belong at this level,” according to Alvesson. “At the same time, interest in classical education and demanding studies has declined, and instead, students are encouraged to have fun and devote themselves to subjects they personally find interesting.”

Not afraid of the debate

A number of Mats Alvesson’s conclusions can be perceived as controversial, but he is not afraid of sticking his neck out in debate articles and opinion-forming books. Among, other things, he called the university a branch of the National Labor Market Board. But participation in the debate is an important part of the researcher role as he sees it.

“I don’t claim to be an expert, and am humble regarding the scientific uncertainties that exist. And of course, you can get hurt in the mass media due to messages being distorted. But it is important to contribute publicly and intellectually, even outside one’s limited area of research.”

Mats Alvesson is looking forward to using the grant that accompanies the appointment as a Wallenberg Scholar for several different projects, including further studies of grandiosity, educational issues, brand development and corporate organization.

“This is curiosity-driven research. For me, it is a matter of the scientific work of creating a mystery and then solving it. What is special is finding unexpected phenomena and then having the opportunity to study them, such as monitoring interesting processes in an organization or a company,” says Mats Alvesson.